Question About This Property 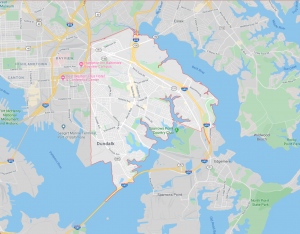 Dundalk, Maryland is one of the most sought after towns in Baltimore County for investors to purchase rental properties. Investors can find great cash flow, but also see some appreciation here unlike other neighborhoods in nearby Baltimore City. Dundalk is considered to be a stable neighborhood, and many residents beam with the pride of homeownership and belonging to the community.